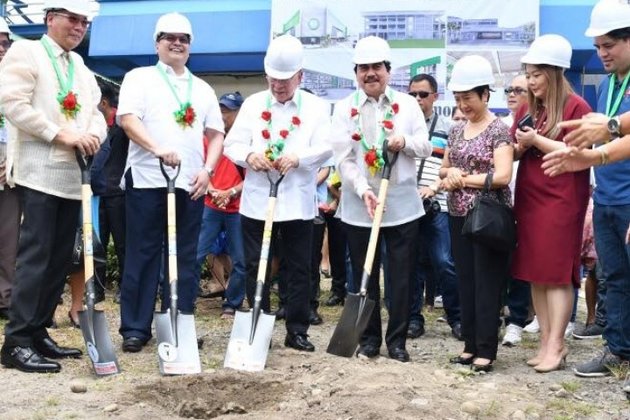 BACOLOD CITY, Aug. 23 (PIA6) -- The Bacolod City College (BCC) in Barangay Taculing will soon be the site of the P350-million worth of development project and improvement of facilities.

The local government of Bacolod represented by Mayor Evelio Leonardia and the Development Bank of the Philippines (DBP) represented by its chairman Alberto Romulo led the project's groundbreaking.

Leonardia, who aside from being the city mayor, also founded the BCC in 1997, thanked DBP for the loan while calling DBP chair Romulo as the "godfather" of BCC, who made the dream of having a bigger structures conducive for learning of the students.

One of the successful graduates of BCC is now one of the city's councilor Israel Salanga, among many others.

The BCC project is one of the flagship projects of the city with the P1.7 billion loan with DBP, according to a release from the Bacolod City Information Office.

The other three projects included the P350-million development of the Progreso Village Relocation Site, the P800-million construction of the Bacolod MassKara Coliseum and the P200-million road and bridge construction program. *(LTP/EAD-PIA6 Negros Occidental)