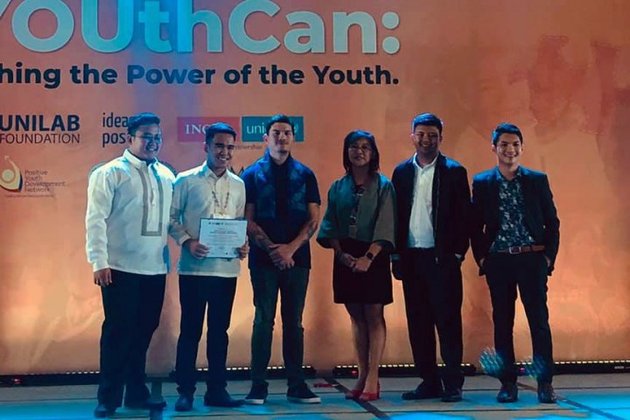 Mayor Felipe Antonio Remollo congratulated SK Chairman Renz Macion and the Council of Poblacion 8 under Punong Barangay Maelyne Mariano for bringing pride and honor to his barangay and the city.

Macion, who is also the Vice-President of the Sangguniang Kabataan Federation (SKF) of Dumaguete City was among the top three national grand finalists among 145 entries in the competition held at the SMX Convention, Davao City in line with the International Youth Day Celebration, Friday.

Macion was the lone entry representing the City and the entire province of Negros Oriental.

SK Chairpersons Ken Patrick Du and Kenneth Catipay of Barangays Calindagan and Cadawinonan, respectively, were in attendance to show their support.

Macion showcased his Kauban Kita Movement which is a barangay based initiative that aims to elevate social inclusion and equity among the youths of Barangay Poblacion 08.

The #KaubanKita movement is a grassroots effort by dedicated youth volunteers to build a drug-free and peaceful community, for young and old, alike through sincere peer counseling in order to help our neighbors, friends and families to acquire and maintain a healthy lifestyle in mind, body and character.

The search was mainly initiated by Positive Youth Development Network and UNILAB Foundation, supported by the National Youth Commission and Department of Interior and Local Governance. (jct/PIA7 Negros Oriental with reports from CPIO Dems Demecillo)