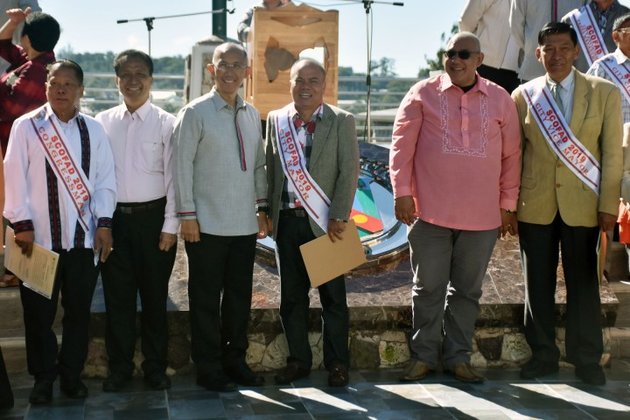 BAGUIO CITY, Oct. 11 (PIA) -- Elderly citizens took over the management of the different government offices in Baguio City and Benguet on October 7 as part of the 2019 Elderly Filipino Week celebration.

Senior citizens also took over as department heads of the city government and the regional line agencies in the region as well as barangay chairmen in the city's 128 barangays.

City Social Welfare and Development Officer Betty Fangasan said the annual activity aims to increase the awareness on the different issues and concerns of the population of the elderly. Further, for the public to acknowledge and appreciate the contribution that elderly people in nation building.

The city council passed City Ordinance No. 57 series of 2009 - providing for the senior citizens participation in nation building by acting as officials of day or the SCOFAD.

Fangasan said SCOFAD is among the best practices of the city of Baguio that is being duplicated in the different cities, municipalities and provinces in the country.

The OCSWADO in partnership with the Baguio Veterans District, Blessed Association of Retired Persons ,Philippine Government Retirees Association , and Federation of Baguio Senior Citizens Associations partnered for the conduct activities of the senior citizens in the city.

In the province of Benguet, Governor Melchor Diclas turn over the key of responsibility to SCOFAD Governor Alfrez Anod while Vice Governor Johnny Waguis turned over the gavel to SCOFAD Vice Gov. Eddie Dunuan during a ceremony at the provincial capitol on Monday. (JDP/RMC- PIA CAR)