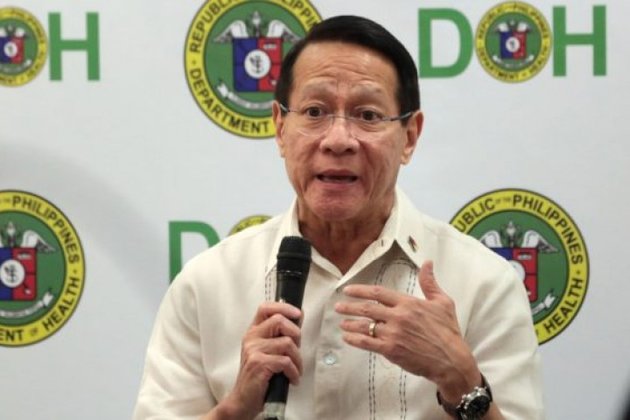 500 Filipinos aboard MV Diamond Princess to arrive on Sunday

Duque said there are 500 Filipinos who are willing to be repatriated as relayed by Department of Foreign Affairs (DFA) Usec. Brigido Dulay, but added that the number is not definite yet since there might be some more who are having second thoughts on being repatriated.

The Health Secretary also said the number will also depend on who will pass the medical screening that will be conducted by a medical team from DOH.

The 14-day quarantine period of those aboard the MV Diamond Princess cruise ship ended Wednesday, the pre and post disembarkation was taken cared of by the Japanese government.

Because of the large number of repatriates, two chartered planes will ferry them back to the Philippines. The plane will land at Clark Air Base in Pampanga.

Duque added that NCC is the designated temporary facility for the quarantine. A letter jointly signed by Duque and DILG Sec. Ano was already sent to the concerned LGU informing them President Duterte and the national government's decision with regards to the repatriation and the designation of the quarantine area.

There will be 16 hospitals equipped and capacitated where medical needs of the repatriates will be addressed including those found positive of the virus.

Too ensure the health and wellness of the repatriates, 10-member teams will be formed composing of doctors, nurses, nursing attendants health workers and utilities.

The Technical Working Group of Emerging Infectious Diseases will discuss in a meeting the manning of teams that will cater to their needs.

Duque also confirmed that Magsaysay Shipping Lines will shoulder most of the expenses including accommodation, food and other peripheral items, transportation, rental of facilities, 3-meals a day and even the protective personal equipment. Meanwhile, the medical cost will be shouldered by the Philippine government. (PIA-NCR)