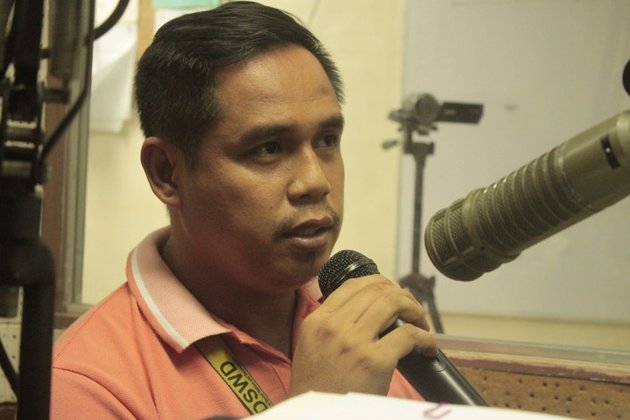 TAGBILARAN CITY, Bohol, April 4 (PIA) -- The Department of Social Welfare and Development (DSWD) here clarified that they would release the relief goods after the local government units have utilized their calamity funds in their relief operations.

DSWD through its warehouse manager for Social Welfare and Development Center in Bohol, Leo Hontanosas, disclosed this following a DSWD policy that they would release relief goods only after the Municipal and Barangay Local Governments have used up their funds in their relief operations.

Speaking at the Kapihan sa PIA to clarify complaints from communities about not getting the government relief yet, Hontanosas said the LGUs must first distribute locally-funded relief goods in their operations as the DSWD resources are only for augmentation.

As soon as Pres. Rodrigo Roa Duterte declared the country under a state of Public Medical Emergency through Proc. No. 922 in an effort to respond to the threat of the novel coronavirus disease (COVID-19), this also triggered the automatic release of resources meant to handle an actual or potential public health crisis.

Part of the funds is the Calamity Fund, which is a fund appropriated under the General Appropriations Act (GAA) to cover aid, relief, and rehabilitation services to communities/areas affected by the health emergency.

Spending it covers a range of allowable disbursements that include disaster relief operations, rehabilitation, and other related activities.

As to Department of Interior and Local Government (DILG) in Joint Memorandum Circular No 2013-1, series of 2013, Section 21 of the Philippine Disaster and Risk Reduction Management Act, it mandates all local government units to provide an allocation of local disaster which is not less than five percent of the estimated revenues from regular sources for disaster preparedness and response.

A part of disaster response activities listed in the cited circular includes provision of food subsistence to disaster victims.

Here, the DSWD points out, is a fund source that LGUs can use to put up their own disaster response operations.

Several communities, however, said their LGUs told them the the release would happen as soon as the LGU can determine there is a real need for the relief, considering that people still have food.

Reports said LGUs also want to spare their scant relief resource, especially when they know that the community quarantine is still going to stretch.

This, too, as several LGUs have done the second round of their relief operations, while others have yet to start. (rahc/PIA-7/Bohol)