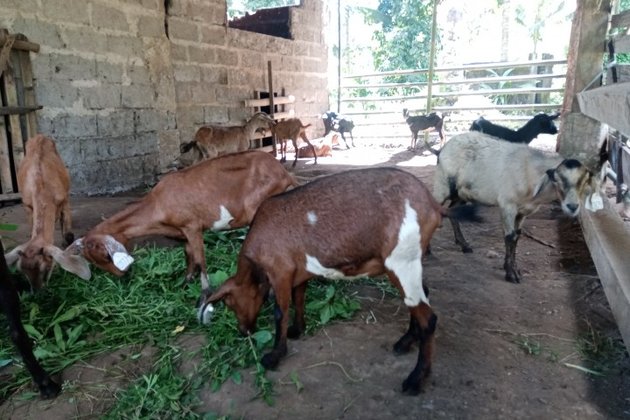 Ipil, Zamboanga Sibugay, May 11, 2021 (PIA) - Local famers in the province recently received from the government thru the Philippine Coconut Authority (PCA) 60 upgraded goats for about 50 coconut farmers from Naga, Payao, Alicia, Olutanga and Buug municipalities .

The assistance is intended to compliment the livelihood of coco farmers in Sibugay , especially at this time of COVID19 pandemic.

Tomong explained, beneficiaries are expected to breed the goats they have received and "return" the same number of goats to PCA "aron nga iapod-apod ngadto sa lain nga mga mag-uuma," ( so we can distribute the same to other farmer-beneficiaries), he said.

Tomong called on local coconut farmers to take advantage and avail of this program, but needs first to register under the National Coconut Farmers Registry System (NCFRS) to be eligible for such assistance.

Registration areas for NCFRS are established in barangay halls and PCA offices in the municipalities including at the provincial office located at Ipil heights, Ipil, this province. Interested farmers are advised to bring photo copy of their valid IDs, proof of lot ownership and 2x2 ID picture. (EDT/JPA/PIA9-Zamboanga Sibugay)