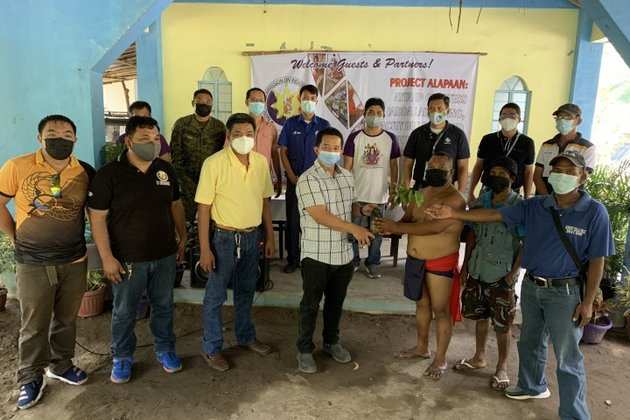 "Dubbed as Project Alapaan, this IP CREATESS IADDA is a convergence mechanism for the Ayta ICCs to engage other development stakeholders and partners," NCIP Regional Director Roland Calde said.

Among those who collaborated in this undertaking include the Department of Agriculture (DA), Bureau of Fisheries and Aquatic Resources (BFAR), Department of Trade and Industry, Department of Environment and Natural Resources, Technical Education and Skills Development Authority, Philippine Army, municipal government of San Marcelino and barangay Aglao.

Coinciding with the launch was a Stakeholders' Forum where partners presented their commitments. The Ayta leaders also gave updates on other ongoing Project Alapaan components such as the spring water small infrastructure.

Also discussed were the ways forward for the formulation of the Ancestral Domain Sustainable Development and Protection Plan and the perimeter survey of the Ayta Ancestral Domain.

BFAR likewise had an initial training on tilapia production as support to the aquaculture component of the project.

Calde thanked all the convergence partners and challenged them to genuinely engage the Ayta ICCs in San Marcelino, and fulfill their commitments in achieving Ayta's total community development.

"IPs are not mere beneficiaries but are active partners and prime movers of every government program, activity and project," he emphasized.

With initial funding of PhP945,000 from NCIP this year, Project Alapaan is complemented by another PhP5,000,000 from DA for agricultural, livelihood, and post-harvest processing infrastructure also this year. (CLJD/RGP-PIA 3)